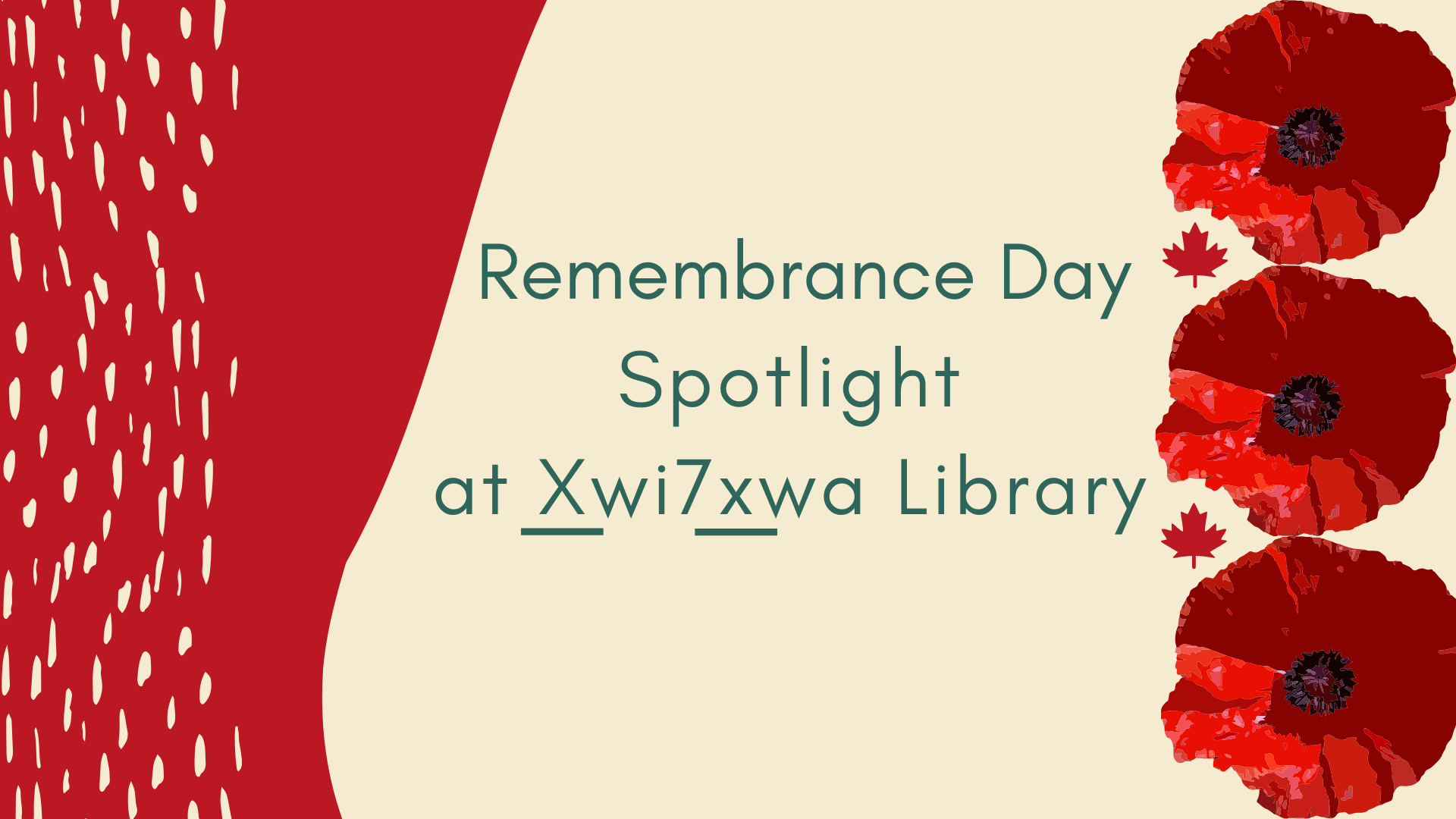 On November 11th, 1918 at 11 in the morning, the end of the First World War was marked. This is why in Canada and in other countries, there is a moment of silence–to thank the men & women who fought. Remembrance Day in Canada spotlights Canada’s role during the First World War (1914-1918), the Second World War (1939-1945) and the Korean War (1950-1953), but it honours all who have served and continue to do so. Remembrance Day is an opportunity to honour the soldiers who returned back home and to commemorate those who were not able.

We have rounded up some books and resources from our collection telling the stories and sharing the voices of Indigenous veterans from Canada and the US. We encourage you to proudly wear a poppy and to take part in memorial services over the holiday weekend. Here are some events that are taking place on Remembrance Day around the Lower Mainland. 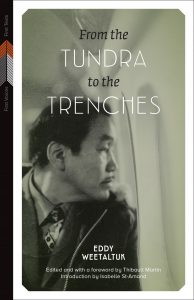 From the Tundra to the Trenches by Eddy Weetaltuk is his own story of joining the Canadian Armed Forces to fight in the Korean War. Inuit people at this time were not allowed to leave the North, so he changed his name & identity to begin his 15 year career with the Canadian Forces. 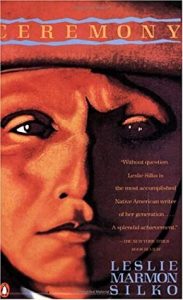 Ceremony by Leslie Marmon Silko follows Tayo, a young Native American man who was a prisoner of war during World War II. When he returns home, he struggles with feelings of isolation and estrangement. When other soldiers turned to violence and alcohol, Tayo turns to culture and tradition to help fight off despair. 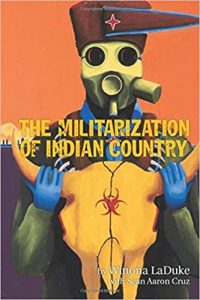 The Militarization of Indian Country by Winona LaDuke with Sean Aaron Cruz looks at the long political and economic relationship between Native America and the military, and the impact the military has had on Native peoples, lands, and culture. 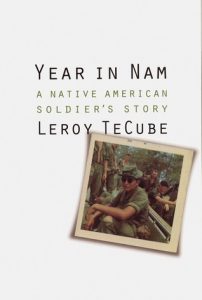 Year in Nam: a Native American Soldier’s Story by Leroy TeCube goes into intimate detail of the day to day life of him and his platoon in Vietnam, and how his memories of his home in New Mexico and his culture were a source of strength. 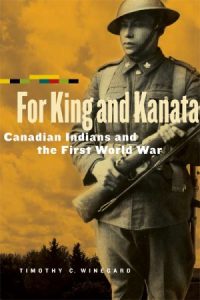 For King and Kanata: Canadian Indians and the First World War by Timothy C. Winegard gives a detailed look into the relationship between the Indigenous people who served in Canadian Forces during World War I and the government they were fighting for. Covering the history of how they were first excluded and then actively recruited for the war effort, Winegard delves into coverage of both the policies and the experiences that would affect every aspect of the war experience for Canada’s Aboriginal soldiers. 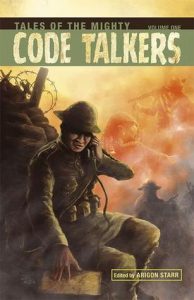 Tales of the Mighty Code Talkers. Volume One edited by Arigon Starr: A graphic novel featuring seven separate stories of the many different Indigenous groups and nations that made contributions to the World War II war effort in the Pacific campaigns. 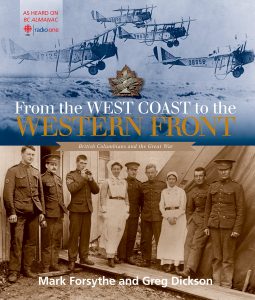 From the West Coast to the Western Front : British Columbians and the Great War by Mark Forsythe and Greg Dickson is a compilation of stories, artifacts and photos sent in by BC Almanac listeners from across the province, this book tells of submarine smuggling, bagpipes lost on the battlefield, of the ongoing struggles by soldiers who made it home, and of both battles of loss and heroism. 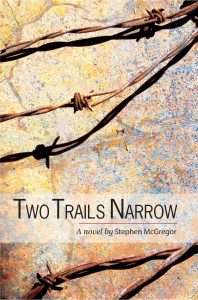 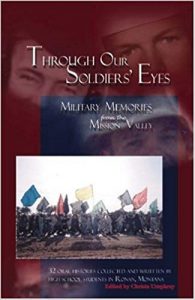 Through our Soldiers’ Eyes : Military Memories from the Mission Valley edited by Christa Umphrey is the work of grade 11 students in rural Northwest Montana on the Flathead Indian Reservation. They interviewed and recorded over 30 veterans’ oral histories of their time in the American Armed Forces.