What about X̱wi7x̱wa is special? 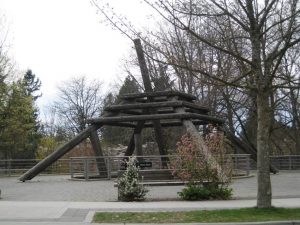 The First Nations House of Learning released an online book in tribute to Indigenous individuals who have received an honorary degree from UBC.  Read The Honour of One is the Honour of All and more about the creation of the book here.

What is the story of the logo?

For more information about our logo and our usage policy see here.

How do you pronounce the name of the X̱wi7x̱wa Library? What does it mean?

Chief Simon Baker of the Squamish Nation gave the name to the library at the First Nations House of Learning Opening Ceremonies on May 25, 1993. The mandate of the X̱wi7x̱wa Library is to “echo” the voices and philosophies of Aboriginal people through its services, collections, and programs.

We wish to acknowledge the confusion that exists around the proper pronunciation of X̱wi7x̱wa. As a library that maintains a collection of Indigenous Knowledges and language resources we recognize the importance of our role in information sharing. We also understand the importance of language revitalization and our responsibility to make this correction out of respect to local nations.

To rectify this, our team (or a member of our team) met with both the Musqueam Language & Culture Department and the Squamish Language & Cultural Affairs Department to learn the correct pronunciation of X̱wi7x̱wa. Our teachers reminded us of the care we must take with Indigenous languages. Going forward, we commit to ensuring we correctly pronounce X̱wi7x̱wa and bring awareness to those we have incorrectly influenced.

From Squamish, we thank Samaya Jardey and Norm Guerrero; from Musqueam, we thank Larry Grant, Vanessa Campbell, Jill Campbell, and Mack Paul for their time and patience as we learn together.

Updates will be provided as we determine how to correct our pronunciation guides on our sites in a good way.

From The First Nations Longhouse: our home away from home: 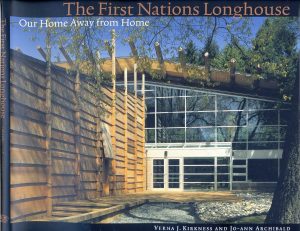 “Chief Baker bestowed the Squamish name X̱wi7x̱wa, pronounced ‘whei wha,’ on William Bellman, who had donated $1 million to the project.  Chief Baker explained:  X̱wi7x̱wa means ‘echo’ in our language.  When our people traveled in the early days, the echo served as a compass.  When a person hollered, the ‘echo’ let you know how far you were from the beach.  There is a story, which is very long, that has been handed down over the years about X̱wi7x̱wa.  When you hear the story, you draw your own conclusions about its teaching.  If you ever have lots of time, come over, and I’ll tell you the whole story.  I believe the name X̱wi7x̱wa is the right name for you because of your early work in radio and television, which like the echo was a way to communicate.  The library will carry your name and be known as X̱wi7x̱wa Library in your honour.  I feel that the library is very important to the students who are studying here.  It will be a place where they can read about what our people did in the past.  I give you this paddle to help you in the future.  Don’t leave home without it!  My wife gives you this drum to remember this occasion.”

Buy this book at the UBC Bookstore.

Former Head Librarian of the X̱wi7x̱wa Library (First Nations House of Learning Library) at the University of British Columbia, Gene Joseph is of Wet’suwet’en – Nadleh Whut’en descent. She is from the small village of Hagwilget in northern British Columbia. She has over three decades of experience in developing libraries for First Nations tribal councils, bands and organizations. One of Gene’s career highlights was the development of a legal research library for the Gitxsan and Wet’suwet’en First Nations in the Delgamuukw et al v. the Queen et al aboriginal title court case. It was one of the largest court cases held in Canada, as well as one of the first to extensively use computer systems in and out of the courtroom. More importantly to the First Nations people, there was extensive use of oral history in support of the case. Gene continued her commitment to aboriginal title through her work for the Haida aboriginal title case, working with the EAGLE (Environmental Aboriginal Guardianship through Law and Education) organization from 2002 to 2006. She continued her commitment to aboriginal title and rights through her work as a senior advisor and Director of Research and Litigation Support for White Raven Law from 2008 until her retirement in 2015.

The Gene Joseph Scholarship is awarded in her honour.

Updates will be provided as we determine how to correct our pronunciation guides on our sites in a good way. In the meantime please connect with our team for further questions and/or concerns.

From Squamish, we thank Samaya Jardey and Norm Guerrero; from Musqueam, we thank Larry Grant, Vanessa Campbell, Jill Campbell, and Mack Paul for their time and patience as we learn together.

What is this structure called? 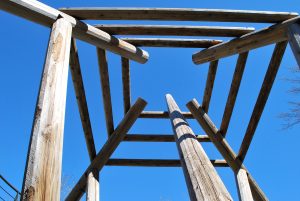 Our building is designed after structures built by Interior Salish nations. In the Chinook Jargon language it is called a Kekuli, in English it is called a pit house, and in Ucwalmícwts (Lil’wat nation) it is called a S7ístken. Other nations that live in these homes are the Tsilhqot’in, Ktunaxa, Nlaka’pamux, and the Secwepemc.

Although our roof is exposed they are normally covered with bark, earth, grass, and needles. The hole at the centre allows smoke to escape from the fire inside. The central pole is used as a ladder to enter and exit but visitors are unable to use this feature with the absence of notches to ensure proper footing. Visitors must use our staircase and accessible ramp instead. 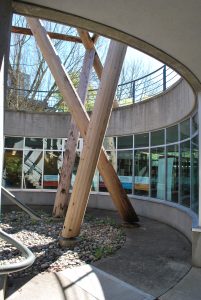 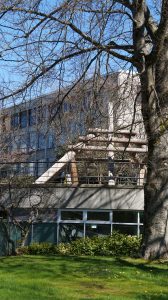 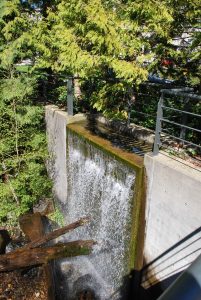 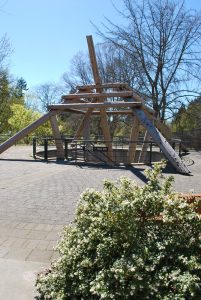 Our branch is 198 square metres and half subterranean. Within, patrons have access to our collections, archives, computers and other technology equipment, and a gender neutral washroom.

For more information on the design of X̱wi7x̱wa Library, see this blog post.